Why and how to train the nervous system?

Decreasing inflammation is the key to a healthy mind and body. Zen57 is designed to decrease inflammation in the veins and stabilize the joints by strengthening your tendons and ligaments.
We focus on stimulating all the cranial sacral nerves, especially the vagus nerve.
We believe in the Zen57 philosophy that there exist seven vagal tones along the vagus nerve. Each vagal tone represents a different function of the human body. By teaching your body how to stabilize each day with the primary focus and awareness of one of these vagal tones, you put yourself in a very high functioning state at all times. Each day of the week correlates to a different one of the seven vagal tones, so that each week, you train all seven for maximum results.
No other system of training uses physical training to unlock the spiritual energy inside of each and every person. 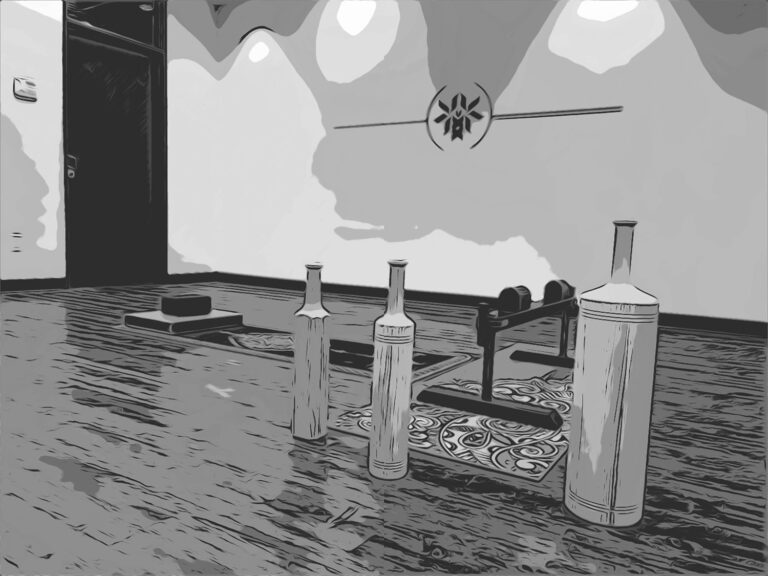 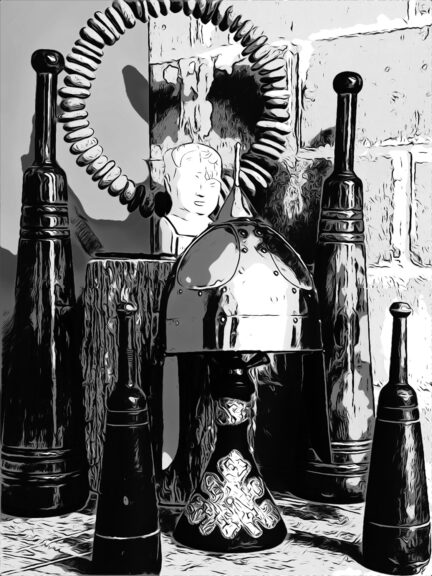 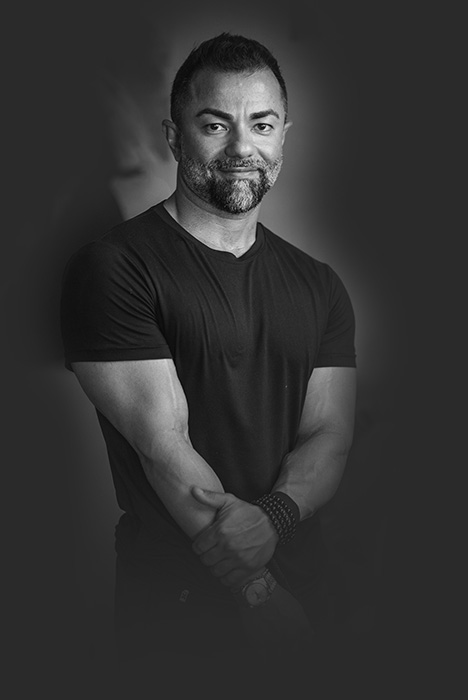 After 20 years in the fitness landscape, including coaching hundreds of instructors and over 5000 personal clients, I’m confident I have discovered a revolutionary system that allows anyone to unlock their fullest potential in life by finding their state of zen.
The root of all fitness, both mental and physical, lies in one thing. Ancient shamans and cultures have referred to this with many names. Some call it the higher self, others call it spirituality. Some people refer to this connective energy as “angels watching over me.” It is the governing mechanism that allows us to function and perceive life as human beings. It is an unconscious operator that we take for granted.
The modern day term for this mechanism is the nervous system. And the majority of people pay no attention to how the nervous system can actually be your greatest asset.
I have studied different philosophies, psychology theories, religions and the mystical formations of some of those religions. I have studied Theosophy and theology and neurology. I have sought to understand how people achieve a state of “zen” and how they are able to sustain it.
That study lead me to the realization that the nervous system is the key. I also recognized that nearly every form of spiritual ritual has physical components that allow you to get closer to the spirit.
In the modern world, we’ve come to separate “movement” and “meditation,” “breathwork” and “yoga flow.” In reality, throughout history, it’s been proven that undertaking a spiritual journey actually requires both movement and mental training. The reverse is also true. Look at any top athlete and it becomes clear that physical training also requires spiritual and mental training.
It’s from this combination of mental and physical training that Zen57 was born.
On a technical level, Zen57 is an anatomical outline that utilizes the most efficient physical way to stimulate the nervous system. This training opens up neural pathways in order for your body to function at its optimal level physically, and in turn function at its optimal level mentally. This is the true “mind body connection,” and it can’t be achieved through any other modern form of fitness.
Zen57 is also the only form of training that is able to be done safely, every single day. And consistency is key.  By following a structured anatomical format of training on a daily basis, you learn to open up energy locks, or self-limiting beliefs, both physically and mentally. As you open up these energy locks you learn to build neural networks inside the body that have a chemical reaction within the brain. This direct form of consistency over time will allow your nervous system to stay in a constant state of awareness – that ancient “state of zen” that so many people chase today.
Taking time to connect to your higher self is the most sacred thing a person can do on a daily basis. When you take on getting to know your body every single day physically and experientially, you build a self image and self-confidence that is unmatched by anything else.
This is the new evolution in fitness. Learning to train our neuroanatomy is the deepest form of connection we can have to ourselves.

‘The 5 Pillars’ represent the ‘5’ in Zen57 and form the foundation for all the ground-based moves that we practice. They are meant to be done daily, in order, for a minimum of 1 minute in each position – a total of 5 minutes.
They are designed to awaken the nervous system properly and get the body moving in all 3 planes of motion: frontal, sagittal, and transverse. Demonstrations are also available of the modified versions on the website.

‘The 7 Katamudras’ represent the ‘7’ in Zen57 and comprise the basis for much of our upper body training. If you practice these 7 Katamudras daily for 1 minute each for a total of 7 minutes for a few days in a row, you will be able to follow any class.
The 7 Katamudras are movement meditations that connect your BREATH with your BODY and MIND in all 3 planes of motion.
These basic movements open up specific neural pathways in the body – so much so that you might find yourself performing them more & more, because that is what your body wants to do! Practicing the Katamudras greatly increases your range of motion, flexibility, endurance, proprioception, and more. In class, we perform them in a wide range of speeds, combinations, and varieties.
Coupled with a daily practice of the 5 Pillars, 12 minutes per day is all you need to be on the path towards your heightened state of ‘elevated awareness’.

The second day of our training focuses around generating heat through desire. The fire we have within us can either run wild and burn with passion and strength or be a calm flame, like the one that currently exists in the Zoroastrian temples of Iran that has been burning for 3000 years straight. With careful training, our internal fire can help us focus as well as create with strong passion and precision.

The third day is the balancing act in the middle of our physical training as well as our mental training. Wind and water represent what the Taoist called Wu Wei!
This essentially means surrendering to the highest power and allowing the powerful energy of desire to pull you towards your goals instead of fighting and pushing for them. By teaching your body how to be elusive through different formations of movement such as joint rotation, circular movements, triangular movements, stabilizing holds and different combinations of movements, you are able to build specific neural networks.
This teaches your body how to constantly be in that optimum flow state, which in return allows your mind to constantly go into that optimum flow state.

Day four represents our mind’s ability to now achieve the state of Zen.
Zen is a broad term that means everything and nothing all at once. The reason why I chose the word Zen in the title of this system is because it represents a meaning and a feeling that is selective to the individual who is experiencing it only.
To me, Zen means a calm powerful frequency in which you are so balanced that no upward or downward emotion can affect your train of thought.
“True power lies somewhere between serenity and rage” – this statement, to me, represents the ultimate state of Zen. It is a calm, powerful place where at any given moment, the needle can tip towards rage or serenity. This is also the ultimate quiet place where there are no distractions. We teach our body to go into a state of Zen and in turn clear our minds and recover for the next three days coming.

Today is the day where we learn to summon our strength and power.
Creating power through generating force with speed is a very powerful form of intensified movement. This is where we call upon the martial arts background of our training. We utilize powerlifting movements as well as powerful chants, kata’s with precision, neuroanatomical force to generate an energetic strength that cannot be created with any other form of training.
By utilizing this form of physical strength we increase our mental strength beyond our wildest dreams.

Movement is often understood as moving forward or lateral or backwards. Although it is essential to understand how to move in those three directions, the precision of movement through speed is the key to understanding the mental frequency of movement in life.
We teach our bodies on this day to move very slow and breathe super fast, or move very fast and breathe super slow. We allow our physical body to move in every plane of motion and allow our joints full range and flexibility. It is just as important to learn how to go from 0 to 60 as it is to learn to go from 60 to 0.
By teaching our body these different frequencies and precisions of movement, we allow our minds to be moved in the direction of our desires.

Performing a five minute plank as well as other long holds of the pillars provides a power of stability that will enhance your spine’s ability to transmit neural signals to the rest of your body at a very high level.
This is where we learn to stabilize our body through our anatomy.
We learn to ignite the three stabilizing muscles of the spine, the glutes, the rhomboids and the transverse abdominis.
We learn how to stabilize all 33 vertebrae of the spine as well as our 10th cranial nerve, the vagus nerve.
This is the ultimate way to end each week. You learn to physically strengthen and stabilize your body like a concrete statue and internally stabilize your mind to finish the seven days with full confidence and closure.
Join our Seminars
0

Your cart is currently empty.